Culture at book town. France.
Black and white is suggested. Colour is explicit.
This exhibition shows how a Scottish and a French photographer glance, echo and dialogue together. Two different cultures, two ways of working and yet an obvious common sensitivity: an unexpected connection, striking when you contemplate the pairs of pictures.
Douglas McBride is focused on nature, lochs, rivers and forests of Perthshire, and Cégolène Frisque is interested in urban details, captured in various cities, from Britany to the rest of Europe. One shoots in black in white, the other in colour. One prefers the half-light and softness of dawn, the other brighter conditions. But both explore the mark of time on materials, lines, forms and textures, looking like drawings and suggesting a kind of poetry. It leads almost to abstraction, when the viewer looses his landmarks and lets his imagination wander. Both also try to capture the magic of light, which gives a new life to these elements, marked (scarred) by time passing.
Douglas McBride is a professional photographer. For over thirty years he worked for theatre, advertising, architecture and tourism, before developing his own artistic work. The images have been exhibited in various places in France and Scotland (Chaumont sur Loire, Fréjus, Glasgow, Rennes).
Cégolène Frisque is an academic sociologist and has reconnected to photography for three years, after a twenty year gap. It’s a way to perceive the world in another manner, without words, to reconnect with a spontaneous eye and an aesthetic sensitivity. She began exhibiting her work in Rennes, La Roche-sur-Yon and Nantes.
Their personal relationship gave them a new creative momentum, and led to this exhibition project. Out of the feeling of a common sensitivity and a range of connections, they built pairs of pictures, converging in a much stronger way than they expected. It gives an amazing strength and enhances the magic of each picture. 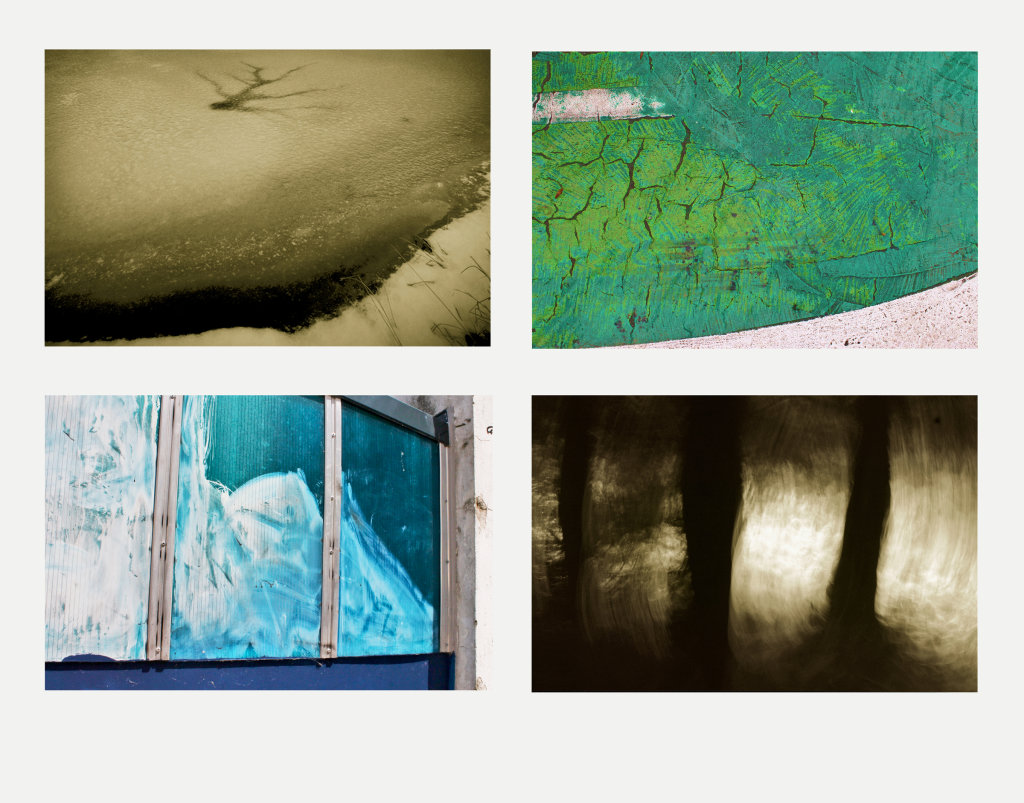