Zone de Confusion.
Eye on nature.
“In contrasting serenity, film maker Douglas McBride presents Findhorn in glorious close-up and warming tones – the minute erosions of a piece of dried Marram grass gently brushing a line in the sand to the sounds of distant raging seas. The unrelenting elemental processes of the seas and winds and the perpetual motion of all things is reflected in amplified delicacy”. Neil Cooper writing for the Scottish Arts News. Fleming Collection.

....”I would interpret that personally as seeing in the dark. You don't use logic you listen to the universal God of nature. Intuition, whatever you value and then in the dark you can not only hear but see. Look at those vibrations in the sand. You cant see the action but you know it exists in the patterns on the sand. Hear the waves you cant see. Believe and magic happens”...sent by a viewer of the film.

It’s the second time a short film of Douglas’ has been shown at Alchemy international film festival. This year online due to the world affecting pandemic. 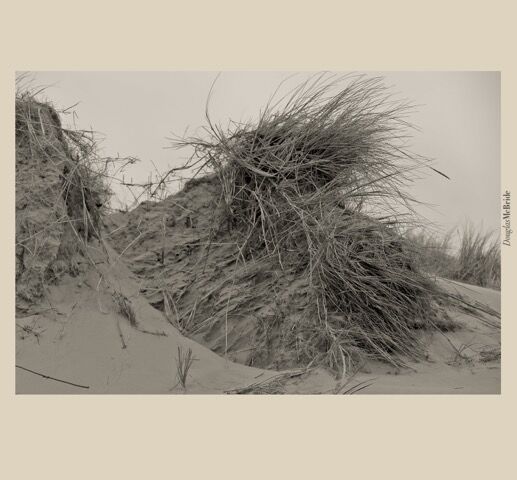